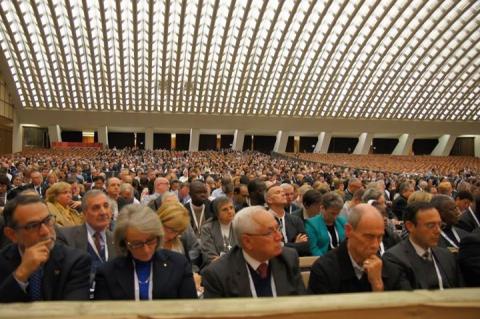 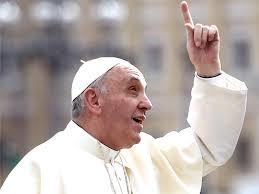 Vatican City, 13 November 2015 (VIS) - “Educating today and tomorrow: a renewing passion” is the title of the World Congress organised by the Congregation for Catholic Education to commemorate the 50th anniversary of “Gravissimum educationis”, the Vatican Council II Declaration on Christian education, and the 25th of “Ex corde Ecclesiae (Apostolic Constitution on Catholic Universities). The event will take place in Rome from 18 to 21 November.

The Congress was presented this morning in the Holy See Press Office by Cardinal Giuseppe Versaldi, prefect of the Congregation for Education, Bishop Angelo Vincenzo Zani, secretary of the same congregation, and Professor Italo Fiorin, director of the “Educating in encounter and solidarity” School of Higher Education at the Libera Università Maria Ss. Assunta (LUMSA), Rome.

Cardinal Versaldi commented that these commemorative events highlight the participation of the Congregation for Catholic Education in the educational passion of the Church, which “is still aware today – as is stated in the incipit of the conciliar document whose fiftieth year we are celebrating – 'how extremely important education is in the life of man and how its influence ever grows in the social progress of this age'. Aware of this, the most recent consequence is the World Congress”.

Bishop Zani went on to explain that the idea of the Congress emerged during the plenary session of the cardinals and bishops of the Congregation for Catholic Education in 2011, in in which they discussed the Department's future lines of action and Pope Benedict XVI, in his discourse, referred to the two anniversaries in 2015. This led to the choice of date for the Congress. In 2012, around fifty experts from around the globe met in Rome to identify pending problems regarding education promoted by the Church all over the world, and to make some first suggestions to relaunch important educational activities carried out by many Catholic institutions. The results of the seminar were gathered into a document bearing the same title as the Congress, and were sent to interested parties along with a questionnaire to be returned to the dicastery. “The reaction was surprising”, said Bishop Zani, “We received thousands of answers to the online questionnaire and hundreds of postal responses”.

The November Congress was preceded in June by a UNESCO international forum on education, attended by Cardinal Secretary of State Pietro Parolin. “Educating today and tomorrow: a renewing passion” will open on 18 November in the Paul VI Hall with a session describing new scenarios in education and the aims of the meeting, and will continue on 19 and 20 November in other places, considering four themes: the identity and mission of Catholic schools and universities, the subjects of education and their various responsibilities (bishops, parents, directors, teachers and students), the formation of formators and the challenges of today and tomorrow. On 21 November the participants, more than 2,200 in number, will be received in audience by the Holy Father.

The prelate emphasised, however, that the Congress will not be an end in itself, but may instead represent a new beginning in collaboration with the Congregation for Catholic Education and various other institutions. For example, there have been some requests for a General Directory of Catholic education, summarising the essential principles and norms issued in documents from the Council to today, relating to Catholic educational institutions, and the constitution of a working group for this purpose. Another aspect that emerged from the answers to the questionnaire is the need for a permanent centre of Christian inspiration to study pedagogical problems. This proposal has been accepted by LUMSA and a few months ago the “Educating in encounter and solidarity” School of Higher Education was established.

On 28 October this year Pope Francis constituted by chirograph the new Foundation “Gravissimum Educationis”, to study particular situations and to implement original and innovatory problems, especially in the most difficult situations. Finally, a small working group will be formed to study the legal problems that inevitably emerge in various parts of the world, especially following changes to constitutions or laws that may endanger the survival of Catholic schools and universities.