Democracy and Freedom: The role of youth in India Today 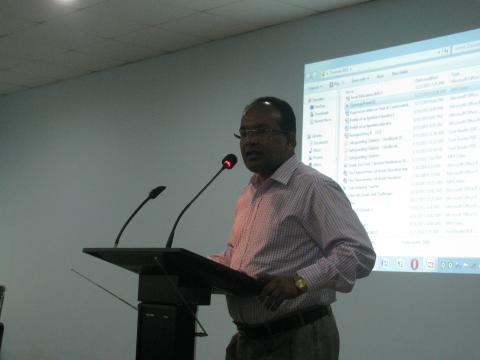 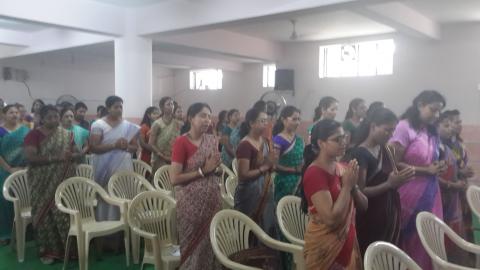 India is a country with immense goodness. It has values that many other countries in the world envy. We are proud to be the largest democracy in the world. When many of our neighbouring countries fallen prey to dictatorships or military rulers, India kept up political democracy intact for more than sixty eight years. It’s a great achievement for a country with much diversity.

We have witnessed the conduct of successful elections, peaceful changes of government at the Centre and in the States, people exercising freedom of expression, culture, movement and religion. Over the years India has also been developing and transforming economically and socially. At the same time we still confront large scale inequalities, injustice or non-fulfillment of expectations of certain sections of the society. These include all sections of people, especially the minorities, Dalits, Adivasis and women. Very often they do not feel themselves participative in the democratic process. You may ask why it is so. Democracy means ‘government of the people, for the people, and by the people’. It means democracy is not limited to just a process of election, but also fulfilling social and economic aspirations of the people. In India we keep on debating these various aspects of democracy and its achievements and challenges. What is democracy?  In order to understand the meaning of democracy in its different aspects; we must appreciate the introduction and development of democracy in India;  identify major problems and challenges being faced by Indian democracy; recognize the corrective measures for improving the Indian democratic system; and  explain the roles of citizens in making an efficient and successful democracy.

Let us begin with understanding the meaning of democracy and the conditions that are essential for its successful functioning. This will help us in appreciating the challenges to Indian democracy. Abraham Lincoln said, “Democracy is a government of the people, for the people, and by the people.” The term ‘democracy’ comes from the Greek word demokratia which means “rule of the people”. Demokratia contains two words; demos and kratos.  Demos means “people” and Kratos means  “power”. That is, in a democracy the power rests with the people. We can say democracy means people’s power. This meaning is based on the experiences of the governments that existed in some of the Greek city-states, notably Athens. And, today also, democracy is defined as a form of government in which the supreme power is vested in the people and exercised by them directly or indirectly through a system of representation usually involving periodic free elections. When you examine the definitions of democracy, as suggested above, you will find that most of those definitions define democracy as a form of government which is run by the elected representatives. This statement defines democracy in the political context, but should democracy be defined only in the political context? Does this concept not have equal, if not more, relevance, in the social context or even in relation to self in our daily life? Democracy has been defined in many ways. Bryce believes that “Democracy really means nothing more or less than the rule of the whole people, expressing their Sovereign will by their votes”. MacIver observes, “Democracy is not a way of governing, whether by majority or otherwise, but primarily a way of determining, who shall govern, and broadly to what ends”.

In our time democracy is just not limited to political democracy. It means more than a mere form of government. In its comprehensive form, democracy means, or ought to mean, (i) a form of government, (ii) a type of state, (iii) a pattern of social system, (iv) a design of economic order, and (v) a way of life and culture. Therefore, when we say that India is a democracy, we mean not only that its political institutions and processes are democratic but also that the Indian society and every Indian citizen is democratic, reflecting basic democratic values of equality, liberty, fraternity, secularism and justice in the social environment and individual behaviour. Remember all who live in this land are Indians, no matter whether one believes in a religion or not, one’s culture, belief system, language and status may be different than the other, yet all are Indians.

There are certain essential conditions for the success of democracy. All people must be able to experience a participatory role in decision making. There may be two major categories: (a) political conditions, and (b) social and economic conditions – the fulfillment of the first leads to political democracy and the second as social democracy. Obviously, the first and the foremost is political conditions of democracy. It is essential that for a system to be democratic, we must adopt a Constitution and laws that vest supreme power in the people. The human rights and fundamental rights, such as equality, liberty of thought and expression, belief, movement, communication and association must be protected by the Constitution. India has universal adult franchise as the basis of electing representatives at various levels of the government. Opportunities for political participation of all the citizens not only in elections at regular interval, but also in other aspects of the political process have to be made available. There has to be a responsible government in which the executive is answerable to the legislature, the legislature to the people and the Judiciary to remain independent. Political institutions like political parties media and interest and pressure groups like various non-governmental organizations, must be functional for expressing popular needs, demands and grievances. A democratic system is strengthened if it maintains an enlightened public opinion in its various forms through free print and electronic and other communication processes. Political democracy is thus one which incorporates all the above political traits.

Since independence India has been functioning as a responsible democracy. We are considered as the largest democracy in the world with multi-party system of representation. It has successfully adapted to the challenging situations. There have been free and fair periodic elections for all political offices from the panchayats to the President of India. There has been smooth transfer of political power from one political party or set of political parties to others, both at national and state levels on many occasions. The legislative, executive and judicial organs have been functioning properly.

However, we see there is erosion of these democratic values, both political and social. There are political parties without internal democracy. There are political ideology that are bent on dividing and polarizing communities.  There are groups and people without attitudinal change. They still keep up the age old caste/ class narrow mindedness. Today there is increasingly corruption at all levels. Religion is a major cause for division and polarization. Opposing voice is not accepted. Increasingly there is intolerance and domination. Mono culture and religious fundamentalism is on the rise. Unemployed youth indulging destructive and harmful works are the order of the day. There is insurgency and extortion all most all the places. Dissenting voice is suppressed. Paid news is confusing people.  There is discrimination on the basis of cities and rural areas. There is large scale displacement on the rise without paying adequate compensation to the victims. Unfortunately the majority of the victims are poor tribals and Dalits.

One doubts about the curbing of NGOs and independent press. Workers unions and peoples movements have been under threats. Anyone who speaks for the grass root level is blamed as a Naxalite agent. ‘ If you are not with me you are against me’ attitude is gaining momentum. Law and order becomes a victim to mob violence. Lynching and raping is patronized by groups and parties in certain cases. All these are alarming and frightening.

Role of Youth for Better India

Here comes the responsibility of the future of the nation. There is a large population of youth in India. More than 50 percentage of Indian people belong to the age below 35 years. This is a great hope for the nation. They are looking for a better India, and a new world order.  Significant social changes can come through them.  They are for socio-economic development. India is a very large country full of diversities – linguistically, culturally, religiously. The level of education of youth is a key to both the successful functioning of democracy and socio-economic development of the country. And perhaps, more importantly, it is an essential condition for human dignity. But the state of formal literacy was almost dismal when India achieved independence. The literacy rate in 1951 was mere 18.33 per cent and female literacy was negligible with 8.9 percent.  Today it is better and is on the rise. Universal literacy, according to 2011 Census, is risen to 74.04 per cent, the female literacy rate is still lagging at 65.46 per cent. Only right education makes them conscious of the principles of liberty, equality, secular and democratic. Recently, the Right to Education is provided as a fundamental right. We hope that this will help the cause of educating the children universally. Lack of education is the root cause of all kinds of deprivations and inequalities.

I think if our youth heed to these they will be trendsetters for a new India, which will be a beacon to the whole world. Otherwise we will perish as a weak, undemocratic, religion based jingoistic nation. Choice is ours!