INDEPENDENCE DAY: TIME TO SEEK THE INDIAN IN US 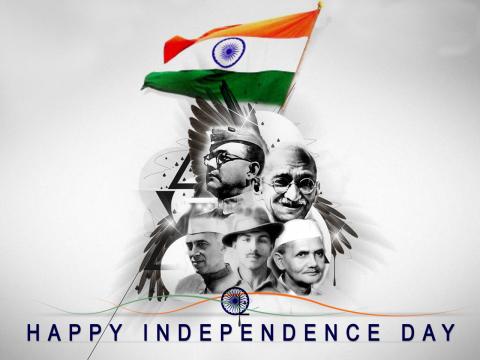 As we celebrate Independence Day, it might be also a time to introspect

August 15th 1947 was the day the tri colour was first raised and independent India was born. The tri colour was raised by the leaders of a nation who were bursting with eagerness to lead a life of complete freedom from their colonial masters. Today, almost 65 years later, celebrating Independence Day evokes a similar sense of patriotism. However, beyond the excitement, one has to think deeper on whether we have really achieved what our forefathers set out to do. Are we independent as a state and more importantly as individuals, are we independent in terms of our identity?

One of the main aspirations after independence was the need to carve out the Indian identity within the people of the country. Colonial imperialism had ruled by force and had tried to impose their thinking over the common Indians. In the famous words of Lord Macaulay who said the British cant conquer India “unless we break the very backbone of this nation, which is her spiritual and cultural heritage”. In those days, en route to independence, Indians rebelled and protected their heritage as much as possible. What about todays India? From an era of ruling the scientific and spiritual spectrum of the world, the youth have become either apes of western prognosis or have been opaque to the legacy of the past. Our identities seem to entail narrow streams such as cricket and cinema which have tragically become the “To do” things on August 15th. Our choices are based upon western brands and their lifestyle patterns. While I am not against the West (I admire some of their attributes), my question is where the Indian in all of what we do is? Arent we still slaves to the West mentally even though we have gained independence physically? The state of linguistics in this country is a perfect example.

Linguistics is the jewel of the Indian experience. The plethora of languages that engulf the country leave the foreigners in a state of bliss and sheer amazement. It leaves the foreigners in sheer joy while we would be shamelessly ignorant of them. Do we use our mother tongue as a primary language of communication? Have we learnt enough in our mother tongue than English? Both these questions are likely to illicit a negative response. The language of the colonial masters has been so deeply ingrained in our system that the “angrezi” language is the only common denominator among the latest generation. In this case also, we are not independent mentally from the shackles of colonial imperialism. English is a wonderful language no doubt, but as much as it is used, other native languages should not be left apart. For example, when you go to European countries such as France or Italy, they preserve and speak their own languages despite knowing English. English could be a language used when needed, whereas the mother tongue is the core and heart of the Indian nation, beauty of this country emanates from them. Ironically, today English is preserved and the local languages are gone for a toss. Beyond the linguistics, we tend to fall short in terms of even innovation that caters to the Indian mass and has a local flavor to it.

Our innovative feats are barely a match to the developed countries across the world. An excellent example is the United States of America. As much as I loathed earlier about how we are becoming a reflection of a western mindset, I would appreciate the emphasis they give to innovation. One of the foundations of the American dream has always been the ability to produce creative companies such as Google. What have we innovated that is Indian at its core? In terms of scale and the impact on its people, we have failed to energize the independence into path breaking innovations which is a reflection of progress in society. We might have produced the one off innovation here and there, but nothing in comparison with the developed countries and our own inherent potential. While we have produced service based giants such as Infosys (this is not innovation, this is servicing), in the areas of innovation we are far behind in comparison to the developed countries across the world. Its not because we lack the intelligence, we have plenty of it, it’s because we have lost the discipline that Indians were renowned for centuries ago.

The state of the country is symbolized by a lack of discipline within the system and deep rooted corruption within the bureaucratic maze of the country. Our founding fathers had envisioned an India which was free, transparent and corruption free. Greed has seeped in so much within certain sections of society that this has become an endemic disease. Despite the valiant efforts of the India against corruption movement, there is a long way to go before we eradicate it from our society. The basis for the solution lies in having discipline inherent in our day to day affairs. Our forefather’s centuries ago were known for this, now we are known to be lacking in it.

It pains me deeply to write this on Independence day but I felt it had to be written to come to terms with realities. It is not a rant nor is it a piece to gain attention. I am as proud an Indian as anyone could be. However, I want an India which stands up to all those ideals that our forefathers had set it out to be. I want an India which has pride in its identity, its multiple cultures and treasures the numerous languages that it has been ordained with. As much as we would love to have these, the reality seems that we are far away from these ideals.

Lets take this day as an opportunity to reflect on our daily lives and carve an unique identity for ourselves. Lets get independence from the mind that is so socially enslaved by the West and lets embrace the Indianess in all of ourselves.