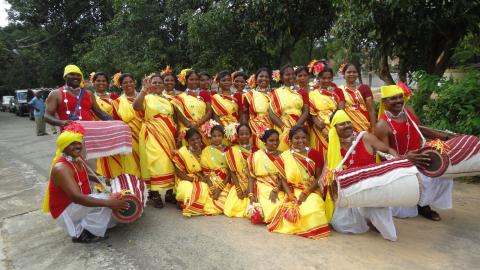 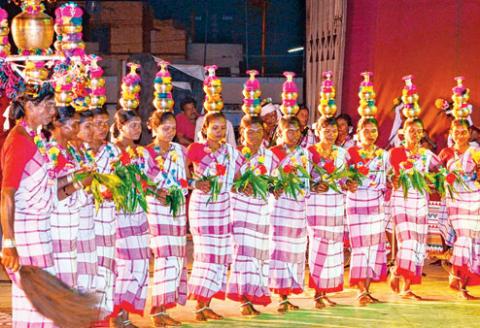 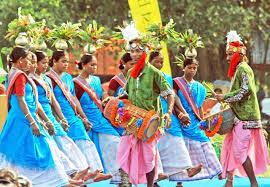 PRESS RELEASE
This year’s International Day of the World’s Indigenous Peoples, observed on 9 August, puts a spotlight on the issue of indigenous peoples’ access to health care services.

In a message to mark the Day, United Nations Secretary-General Ban Ki-moon said: “On this International Day of the World’s Indigenous Peoples, I call on the international community to ensure that they are not left behind.  To create a better, more equitable future, let us commit to do more to improve the health and well-being of indigenous peoples.”

A special event will be held at the United Nations Headquarters in New York on Monday, 10 August, from 3 to 6 p.m., under the theme “Post-2015 Agenda: Ensuring indigenous peoples’ health and well-being”.  Speaking on the occasion are Mr. Ban; Wu Hongbo, Under-Secretary-General for Economic and Social Affairs and senior official to coordinate the follow-up to the World Conference on Indigenous Peoples; and Megan Davis, Chair of the United Nations Permanent Forum on Indigenous Issues.

The observance will also include the launch of the State of the World’s Indigenous Peoples, Volume II, on health, with remarks by authors and editors of the publication: Priscilla Migiro, a paediatrician from Kenya, Mukta Lama, from the Department of Sociology and Anthropology at Tribhuvan University in Nepal, and Jeffrey Reading, from the University of Victoria in British Columbia, Canada.

The State of the World’s Indigenous Peoples, Volume II, which was authored by six independent experts and produced by the Secretariat of the United Nations Permanent Forum on Indigenous Issues, examines the major challenges indigenous peoples face in terms of adequate access to and utilization of quality health care services.

According to the authors, indigenous peoples face a myriad of obstacles when accessing public health systems, such as the lack of facilities in their communities, language barriers, illiteracy and a lack of understanding of their culture and traditional practices.  Also absent are adequate health insurance and the lack of economic capacity to pay for services.  As a result, they often cannot afford health services even if available.

The publication cites numerous examples of health gaps between indigenous peoples and non-indigenous populations living in the same countries, including significantly shorter life expectancy, elevated prevalence of infectious diseases and higher rates of malnutrition and child mortality.  Indigenous peoples are also more likely to suffer from substance abuse and depression and other mental disorders than their non-indigenous counterparts.

The challenges related to improving indigenous peoples’ health are linked to social, cultural, economic and political factors, including inadequate education, disproportionate poverty and discrimination in the health service delivery.  As such, the report calls for the development of specific health care concepts and targeted interventions tailored to their needs.

The first United Nations publication on the state of the world’s indigenous peoples was published in 2009 and revealed alarming statistics on poverty, health, education, employment, human rights, the environment and more.

There are an estimated 370 million indigenous people in 90 countries around the world.  Practicing unique traditions, they retain social, cultural, economic and political characteristics distinct from those of the dominant societies in which they live.

The United Nations Declaration on the Rights of Indigenous Peoples, adopted by the United Nations General Assembly in 2007, recognizes indigenous peoples’ right to self-determination and their right to freely pursue their economic, social and cultural development.  Article 24 of the Declaration states that “indigenous individuals have an equal right to the enjoyment of the highest attainable standard of physical and mental health” and that “States shall take the necessary steps with a view to achieving progressively the full realization of this right”.

This year marks the thirtieth anniversary of the United Nations Voluntary Fund for Indigenous Peoples, which was created in 1985 to support indigenous participation at the Organization.  Over the past 30 years, around 2,000 indigenous people have received a grant from the Fund.  A brief video about the Fund, produced by the Office of the High Commissioner for Human Rights, will be screened at the observance at Headquarters on 10 August.