Statement of the Jesuit Conference of South Asia 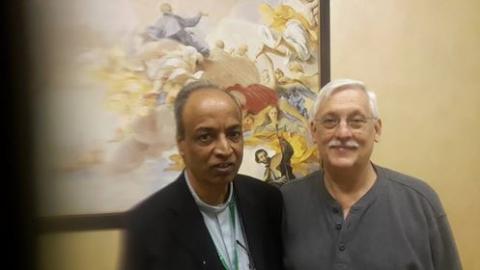 Contesting Hindu Rashtra: An Alternative Narrative and Strategies for Reconciliation in the New India

Preamble: Towards an Alternative Narrative

In our world today, divisive social identities, premised on ethnicity/nationalism, ideology/ religion and patriarchy/machismo emerge as among the three most resilient and potent challenges to a just and humane society. South Asia is struggling against multiple injustices that stem from economic inequalities, caste discrimination and cultural hegemony, which have for ages oppressed our long suffering peoples. Our quest must be to fulfil the vision of the founding fathers/mothers of our nations for a just society through just means: a justice founded on liberty, equality, fraternity; a society that guarantees fundamental rights and civil liberties; is inclusive and participatory; respects and protects individual and collective identities; prioritises basic needs over superfluous wants; privileges restoration over retribution, forgiveness over revenge.

Powerful corporate and communal lobbies, for partisan and vested interests, polarise societies plagued by eroding identities, a sense of alienation and ridden by individual and collective fears. Such a situation breeds divisive hate politics, co-opting people into a consolidated majority that oppresses minorities and the marginalised. An underlying narrative filled with falsified myth and imagery sustains this process and is concretised in fabricated religio-political ideology, which is operationalised into an actionable agenda. To counter this in a viable and sustainable manner, demythologising the falsified narrative is a necessary first step. More positively, a counter narrative and worldview, at least equally rich, evocative and true to genuine religiosity, must be articulated to reconstitute a people’s self-understanding that draws on their histories and recreates the inspiration to face and resolve their present plight. Nations that were under colonial rule particularly need to fall back on their freedom struggle to initiate a second freedom movement that captures and makes real their dreams of a bright and prosperous future.

In Pakistan, partitioned from India, fundamentalist forces have targeted religious minorities and progressive individuals and organizations, threatening their space and their right to existence. Bangladesh, born in civil war with Pakistan as the only Muslim majority secular state, is similarly struggling against Islamic fundamentalism. Ceylon, the model liberal welfare state, became Sri Lanka, and has still not quite recovered from a self-inflicted civil war between the Sinhala and Tamil communities. After the long Marxist uprising in Nepal, constitutional governance there has not still quite stabilised, causing insecurity and alienation among people. In Bhutan, there have been tensions between the Buddhist and the Hindu Nepali populations.

India has largely sustained liberal democratic traditions for the last 70 years since its Independence. However, today, the single largest threat to India's secular democratic tradition is the rise of radical Hindu fundamentalism. The Rashtriya Swayamsewak Sangh (RSS), and its affiliates, has captured the Indian polity by promoting an extremist brand of Hinduism and is determined to transform a secular democratic India into a Hindu Rashtra, thus striking at the very idea of India born in the freedom struggle and constitutionally proclaimed secular by our founding fathers/mothers.

The ruling elite, overtly and covertly, promotes a toxic mix of a neo-liberal corporate agenda and a narrow Hindu nationalistic agenda, that undermines India's secular democratic traditions and Constitutional values. This has several manifestations:

1.         There is a display of a majoritarian hegemony with a totalitarian outlook upheld by the RSS agenda of ending diversity and establishing a Hindu Rashtra, a state with a monolithic culture. The organization, and its affiliates, has pushed its Hindutva ideology through various institutions. In the political scenario, a large number of RSS pracharaks are holding high office from that of Prime Minister, Chief Ministers, Union Ministers, State Ministers, Chairpersons of various commissions to heads of Government institutions. Divisive issues like ‘love-jihad’, ‘Ghar Wapsi’, ‘Gau Rakhsha’, ban on cow slaughter, ban on beef, anti-conversion and imposition of Hindi, among others, have vitiated politics.

2.         The infiltration by RSS sympathizers has communalized institutions of democracy like the judiciary with some judges of the Supreme Court, High Courts and other lower courts upholding Hindutva ideology. Communal bias in the functioning of the police, investigative agencies, prosecution and lower judiciary is an alarming phenomenon.

3.         In the field of education, the appointment of RSS sympathizers to prestigious educational institutions has undermined these institutions of higher learning. Text books have been changed to propagate Hindutva ideology and spread hate against minority communities.

4.         Much of Print and Electronic Media have become tools of Government propaganda rather than a challenge to the powerful with the truth.

5.         Rule of law has been compromised as rationalists have been assassinated, vigilantism and mob violence against minorities as well as Dalits has increased and communal violence has become more frequent. Worse still, on many occasions, cases are filed against the victims rather than the perpetrators, who are felicitated instead of being punished.

6.         Freedom of expression is under threat as voices of dissent are silenced by the threat of cases of sedition or other kinds of litigation. Civil society is also being silenced by the cancellation of thousands of FCRA accounts, imposition of sedition charges on dissenting voices or slapping of frivolous cases on NGOs.

7.         Land related laws are being amended to facilitate handing over to corporates large tracts of land belonging to marginalized groups.

8.         Economic policies of the Government promote corporate interests rather than those of the farming community and working masses. In addition, policies such as Demonetization and GST, attempt to increase Government surveillance and exercise control of every financial transaction of citizens. Social welfare measures are rebranded and their allocations are reduced considerably, pushing the poor further to the margins.

9.         New laws and rules erode the rights of Minorities to administer their own educational institutions, giving the Government the right to decide students and faculty in minority institutions. The present attitude of the Government towards minorities is summed up in the words of the BJP spokesperson, "Islam and Christianity are alien to India and, therefore, even if their socio-economic condition is low, they should not be given the privilege of quota in jobs, legislative bodies and education."

10.       Any form of affirmative action, be it budgetary allocations for minority welfare or reservation for minorities in jobs and educational institutions, is opposed and viewed as "minority appeasement".

In this context, India needs a second freedom struggle to create a new narrative that renews the legacy of the freedom movement and contextualises it for today and thus counters the neoliberal saffronised ideology that colonises our peoples through instrumentalizing the Hindu religion which is pluralistic and universal in its core and approach.

The Provincials and Regional Superiors of South Asia reflected on the situation and have mandated to themselves and to the Assistancy, commitment to effectively respond to the forces of fundamentalism through all their ministries. Any Jesuit Response is founded on our mission to promote justice and reconciliation in our broken world of which dialogue with the poor and with people of other cultures and religions is an essential part. Our mission as Jesuits in South Asia is to build counter-cultural human communities of solidarity that will be instruments of peace and reconciliation to respond to the danger of this region turning into a region of hate and violence. To remain silent spectators in the midst of this onslaught on the Constitutional values of equality and fraternity, secularism and pluralism is to betray our mission. Our response must be in collaboration with men and women of good will and through networking with civil society and other organizations that share our values.

The strategies recommended here are relevant for the whole Assistancy across provinces and could be a guide to develop more pertinent strategies in provinces, in coordination with others in the zone. It is crucial to adopt and co-ordinate both long- and short-term strategies, to focus on causes not symptoms at all levels. Prioritising and contextualising these strategies must be the work at the province and community level for specific situations.