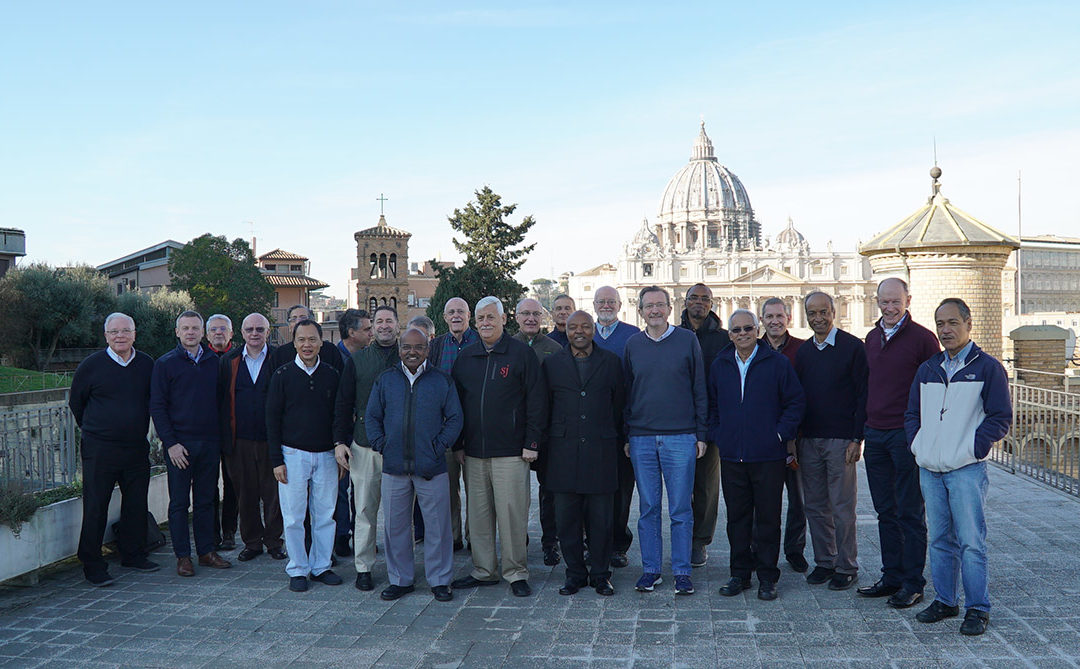 An Extended Council in the General curia at Rome discussed and discerned on taking forward the the Universal Apostolic Preferences of the Society of Jesus. The Council included the General and Regional Assistants, as well as the Presidents of the six Jesuit “Conferences”, the heads of the “Secretariats” and other officials. In total, a group of about 25 people. Fr. George Pattery, the President of the Jesuit Conference of South Asia was also present. Dr Christina Kheng, from Singapore, helped to facilitate the meeting which was a follow-up of the process that was under taken in all the Provinces and Conferences.

At the beginning of the session, Father General stressed the importance for the members of the Council to live in the spirit of discernment, the spirit that had characterized the deliberations of Ignatius and the first companions. He described the context of the task as follows: “Our horizon is the collaboration of the Society of Jesus with the mission of the Lord, from within the Catholic Church, as that mission has been defined since Vatican II and in harmony with the charism received by Ignatius and the first companions.”

Father Sosa linked the fundamental elements of the mission of the Society as defined by the last General Congregations: service of the faith, promotion of justice, dialogue with cultures and religions, reconciliation with God, creation and people, a reconciliation that necessarily implies a dimension of social justice.As for the central objective of the meeting, the General summarized it as follows, “To help the apostolic body of the Society of Jesus to incarnate in its apostolic life, together with many other persons, the mission of reconciliation and justice with all its consequences, following from complete identification with the Crucified and Risen One.” The expected fruit is the proposal of Universal Apostolic Preferences that will help the Holy Father discern how the Society can, in a preferential way, serve the apostolic mission of the Church.