What We all must know about GC 36 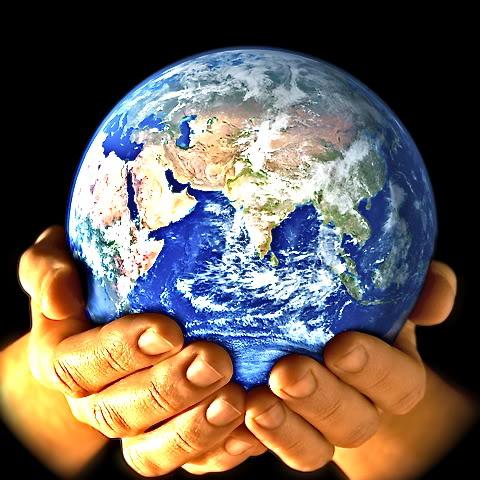 What will the Jesuits do next ?*

At their General Assembly in Rome this coming October, Jesuits from across the world will reflect on their mission in today’s changing world

Who are the Jesuits?

The Society of Jesus,better known as the Jesuits,  is a religious  group of men in the Catholic Church.  It consists of priests and brothers, committed  to the integral development of all peoples, irrespective of caste, creed or origin, through lives of selfless service.

Today Jesuits  can be found on all five continents, working in collaboration with other like-minded organizations,to further a vision of world peace and harmony. Central to their means is the struggle for justice, that is,  a right relationship with God, other human beings and the cosmos.

Ever so often – usually on the death or resignation of a Superior-general – representatives of the whole body meet to take stock of the life and mission of the entire organization. This is known as a General Congregation (GC), and on October 1, 2016, a group of about 220 elected members will do this work on behalf of the rest – 16,376 Jesuits worldwide.

*It’s an old joke but it still elicits smiles all around: Which are the three things that even God doesn’t know ?First. Where do the Don Bosco fathers get all their money? Second. How many nuns are there in the Church? And third. What will the Jesuits do next ?

In its 476 year history, the Society of Jesus has had only 35 such General Congregations. Most of them were convened to elect a new leader on the death of the previous incumbent, but the forthcoming General Congregation (the 36th) will accept the resignation of the present Superior-General, Adolfo Nicolas, elect a new one, and also provide a road map to the organization for implementation in the immediate future.

The GC is the highest legislative body in the Society and  much painstaking groundwork goes into its preparation, execution and follow up.

The 36th General Congregation will convene in Rome, at the Jesuit headquarters.The South Asian Jesuit delegation  which represents  India, Sri Lanka, Pakistan, Bangladesh, Nepal, Bhutan and Afghanistan, comprises 46 members, and  will include all the provincial superiors (20), and elected delegates with Fr George Pattery, SJ, President of the Jesuit Conference of South Asia.

The assembly will begin with the electionof  a successor to Father General Adolfo Nicholas, who is stepping down after nine years in office. Thereafter the work of the congregation will continue to deliberate upon the state of the world and the works undertaken by the Jesuits, to see how it can improve upon the quality of its service to the Church and the world. The presence of Pope Francis, himself a Jesuit, at he helm of the Church, will add special significance to this General Congregation.

No organization can survive if it does not keep adapting its goals, structures and strategies to present needs.Given the fast pace at which the world is changing, Jesuits can ill afford to implement yesterday’s solutions to the challenges of  the future.

To take just one example, digital technology has revolutionized not just the way we communicate with each other, but also the way we behave: think, feel and act. Though evaluation and discernment is built into the very structure of the way the Society of Jesus  functions, there are moments when a corporate discernment,  leading to a fresh mandate for mission, is called for. In this light GC 36 will focus on, revitalizing the life and mission of the Jesuit body, in keeping with the world as we know it today.

(See Box 2:  Modern Times and the Society of Jesus)

As the Society is a body led by the Spirit of God, GC 36 is sure to spring some surpriseswith the decrees andperspectives it comes up with. Nevertheless, going by the discussions  held so far, there are some things we can expect the congregation to make its mind clear on.  Two major areas come to mind.

First, theinternal life of the organization, where it will have something to say about how to renew the lives of individual Jesuits and the communities they live in. It will call for a more thorough assimilation of the inspiration of its founder, St Ignatius of Loyola. Are the founder’s values still relevant ?

It will also call for structures of governance that are prompt  to respond as a corporate body to exigencies that crop up  on a routine basis, as well as  those that are  emergency situations, like the April 25, 2015 earthquake in Nepal.

Another important area is that of the formation or training of younger Jesuits to keep pace with the changing contours of mission across the world. The challenges of the 21st century are digitalization, globalization, consumerism, growing nationalism, fundamentalism, compromises made on value-based choices, a genuine concern for the poor and marginalized, etc.A ‘new formation’ will invitetrainees to expose themselves to these challenges; cultivate a critical, analytic mind; and prepare them to commit themselves to  work alongside mixed teams of people: religious and non-religious, men and women, believers and non-believers.

Meeting challenges from the world

Yet another area in which the GC could showthe way is by pointing out  the challenges coming from outside the Society  and how they are to be met.

It will surely have something to say about how we must be more ecologically pro-active, to save and protect our common home – Mother Earth.How we need to adopt ways of living, and insist on the need to go beyond mere rhetoric and get down to action on behalf of the environment.

Another major issue is that of the exponential increase of migrants and refugees across the world in the last decade, with every war and area of strife.

It will reemphasize the need for collaboration, with those who are partners with the Jesuits in mission, and not just  paid colleagues. It will at the same time indicate  the need to extend collaboration within the Society itself through inter-provincial and inter-conference common ventures. Thus newer frontiers will be opened, and  the universal dimension of  the Jesuit  vocation taken more seriously.

There is a demographic shift taking place within the universal Society, whereina majority of the Jesuits now live and work in the continents of Asia, Africa and Latin America. This will surely call for a different approach to formation and the way it addresses the challenges of mission.

It will undoubtedly point to the need to refocus on the option for the poor. In the context of South Asia these consist of the dalits, tribals, the unorganized sector, the women and children, the migrants (Internally Displaced Persons) and the refugees.All of them easy victims of unscrupulous elements and exploitation in society, whether from indiviuals, groups or from systems.

The GC will draw our attention to the growing threat of religious and political acts of terror being perpetrated in our world, causing untold suffering, insecurity and leading to mistrust among peoples. There will have to be a renewed effort at dialogue with all religions to get them to desist from using religion as a means of division; and work towards building a world safe for all peoples, based on justice, love, mercy and amity, for all.

A direction, not a template

The GC will complete its work in a matter of six to eight weeks. It will not define everything in solid stone, but will provide pointers and guidelines to possible solutions. On returning from Rome, the delegates will have to initiate a process of reflection onitsdecrees ; elicit the support of the Jesuits in the provinces, and translate the guidelines into concrete plans of action  for the next few years.

The Jesuits first came to  in India  in 1542  with  Francis Xavier, one of the first band of Jesuits. Xavier also started a school in Goa, thereby setting a precedent, not just in this country, but worldwide.

Wherever they went Jesuits have been noted for the quality of their schools and colleges, and their influence on the  young.  In India,  St Xavier’s College, Mumbai;   Loyola College, Chennai; St Joseph’s College,  Bengaluru; St Xavier’s College, Kolkata; St Aloysius’s College, Mangalore;  and XLRI Jamshedpur, only to name a few,  are all Jesuit institutions.

Apart from teaching the young, Jesuits in India have distinguished themselves in the arts, science and religious studies: Robert de Nobili in Madurai; “Arnos Pathiri” Hanxleden in Kerala; Thomas Stephens in Goa; Eugene Lafont in Kolkata, Henry Heras in Mumbai and numerous others, dedicated their lives to understanding this land, its peoples and their various cultures.

Today Jesuits are engaged in the spheres of education, social action, developmental work, pastoral care, communication media, inter-religious dialogue for social harmony, and tribal uplift.Many are their  ventures, as they  discern the  contextual needs of the place and time.

Modern Times and the Society of Jesus

Changing demographic trends  have left their mark on the Society of Jesus, and  unlike earlier times,  the largest number of Jesuits today is to be found in South Asia (4030 members) – India, Sri Lanka and  Nepal --  with the United States coming second in number.

For taking a stand in favour of the poor, Jesuits have been persecuted and killed. The best known case is that of the six Jesuits of El Salvador in 1989.  Jesuits in India too have paid the price of their courage  –  Tom Gaffney in Kathmandu ( 1997 ), and  A. T.Thomas in Hazaribagh (1997), both of whom were murdered; and  Alex Prem Kumar, kidnapped by the Taliban in Afghanistan (2014) for his work with the refugees (and later released unharmed).

In the context of the displacement of peoples, the Jesuit Refugee Service, is a sterling tribute to the Jesuit ability to respond to ‘the greatest needs of the greatest number.’  Founded in 1980 by Fr Pedro Arrupe, a previous Superior general, at the height of the exodus of the  “boat people” from Vietnam (1970-90), JRS offers support, rehabilitation, advocacy and above all, accompaniment. Today it has over 50 missions in almost every country of Africa, Asia and South America.