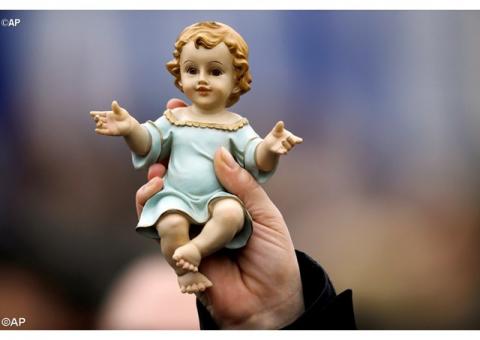 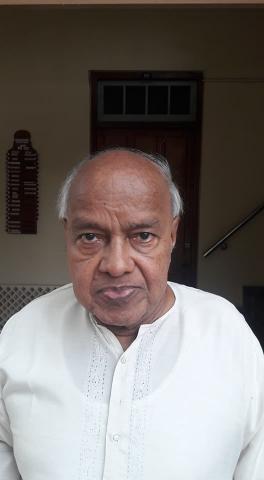 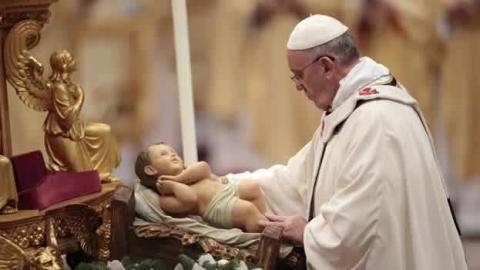 A pall of smog, dust, smoke, exits from vehicles and factories normally hang over the winter Gangetic plains both before and after the winter solstice. The wind blows them away and the sparkling rays of the sun everywhere. One notices the golden orb rising over the hills in the orient, source of the new brilliance.  And revival begins: grass, plants, shrubs, bushes, trees, flowers and fruits. Life activities commences all over. The Birth of Jesus we can compare to that phenomenon of the udaya surya bhagavan (the dawning sun).

Manifold evils like crimes, violence, massacres, suicides, fraud, theft, deception, at one level, envy, jealousy, greed, debauchery, hostility, feud, wars, destruction, depression, at another level. And poverty, exploitation, deprivation, landlessness, resource-lessness etc yet at another—had hung over the humankind. The children of God, ‘created in the image and likeness of the (creating) God’ lived under this pall of gloom and multi-layered darkness. The human persons, born out of the luminous and bliss-filled God of all, but living forlorn, were longing for liberation from manifold captivity.

The illumined ones, the prophets and sages, across the human family, down through centuries, gave vent to the cry of the souls, prayed:

“O come to lead the captive from prison; free those who sit in darkness and in the shadow of death”—(a line from one of the prayers during the season of Advent).

When the first dawn for a just released prisoner is out after serving the term, when the children rush out of the class rooms after the last hour, when the concentration camps of Hitler were thrown open by the victorious Allies, on all similar occasions the pulsation of hearts reached its zenith. Gloom and exhaustion left behind, joy and celebration ahead.

The celestial figures shed their luminosity over the shepherding group by announcing ‘we bring you tidings of great joy’. The song needs echoing and re-echoing.

One of the earliest roars of the God-seeking sages of India was ‘from darkness lead me to light’. All do experience that inner darkness and consequent restlessness of soul. The same is echoed, perhaps in other ways, when some of the thinkers summarized life as marked by sorrow (Dukham(Siddhartha), or affliction’ ‘klesh-Patanjali). Hardly anyone will challenge their sentiment since their followers abound even now in our land and beyond.

It is against these backgrounds that the “tidings of great joy” was sung out by none other than by a band of celestial luminous figures popularly known as angels. The melody filled the hearts and minds of the shepherds that were tending to their flocks of sheep in the valley, The melody had been echoing down the corridors of time’. The many visitors to homes or churches these days, especially on Christmas night/day will be tickled by the revival of memories when they hear it sung again.

Celebrations, rejoicing, greetings, exchange of gifts, singing of songs are about to take place for almost a fortnight. There will be brightness of faces and thrills in the hearts. The extra-terrestrial beings called angels who delivered an unusual message to struggling world through a shepherd community:

“Behold I bring you tidings of great joy” (Lk 2:10). How to understand this ‘joyful’ message to some night vigil keeping shepherds. It was not to astronomers who are involved, apparently, in observation of cosmic phenomena. Neither to God-seekers ((prophets, sages, rsis..). Nor to scientists or philosophers who are devoted to probing .

Honey bees leave the tiny cell, relishing sweet hope in mind. From flower to flower it reaches out, kissing each flower, humming and thanking, bestowing its service to every flower. They leave, greatly rewarded and enriched. The flowers begin to bloom and function. Fructifying, gradually. From home to home, with lit lantern in hands, the faithful, muffled in winter garments, up the hills and down valleys, knocks at every home and delivers the message; ‘tidings of great joy, received from the angels, verified in the crib, inviting all to come out singing and celebrating.

Tagore advised the worshipper in the temple: ‘leave this chanting and telling of beads…_.

Similarly the central message of the angels, because of the Birth of Jesus, to the shepherds, needs to be de-coded, transcribed in terms of enhanced human relationship and wafted across hearts, huts, villages, work places, and assemblies is: ‘leave the smoggy den of dislike, hatred, envy, greed, violence, exploitation discrimination, voluptuous grabbing and restlessness and line up to embrace everyone to create a new society where mutual acceptance, service, solidarity, diversity, to the task of building new bridges across divided hearts and homes. And in the worship place they assemble singing: ‘Let us forget ourselves and worship the Lord, Jesus Christ the Lord’.

The honey bee returns with its collection to build new chambers for storing their produce: combs. The worshippers, having done their sacred rituals, leave the sacred places, and gather around fire places, homes, celebration halls, dining halls, village hearths, and begins the their tasks: to build further bridges across the separated and separated hearts, families, neighbourhood…Eventually to new the face of the earth.